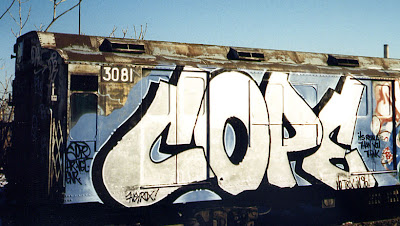 Cope2 is a world famous graffiti writer. He has been bombing walls since the late 70s, although he did not gain mainstream graffiti fame until the mid-90s. He was born in South Bronx, “The Mecca of Hip Hop” he calls it. His cousin, who wrote Chico, inspired & supported Cope to tag. Cope recalls his cousin tagging all over the inside of the trains & always carrying his PILOT (marker). 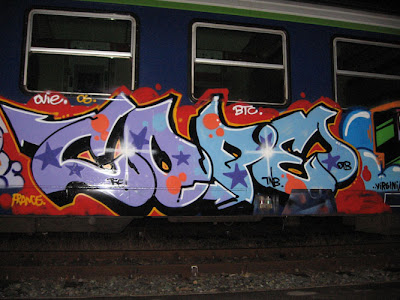 In ’82 Cope started his own crew KD, Kids Destroy, with KOPE aka AM1 & Ston3. Later KD became Kings Destroy, after COPE “King’d” the 4 Line (subway train). Kinging the 4 line consisted of the writer having the most tags inside & outside the train. By ’88 the NY subway graffiti era was dead, but Cope never stopped writing. In the late 80s early 90s he started painting permission walls with some of the illest crews around.
﻿
﻿
Today COPE2 is still doing his thing repping King Status. His latest solo show World's Famous Bubble is taking place in Copenhagen @ Halvandet Gallery August 6 through September 6, 2011. 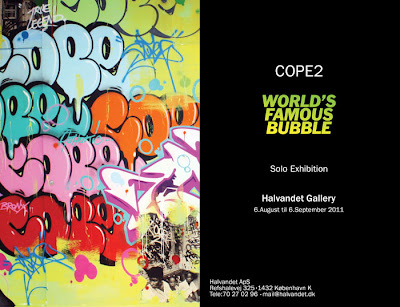 Most recently on his blog he posted flicks of himself & Shepard Fairy crushing walls in Copenhagen. Know this COPE2 is still getting’ up! 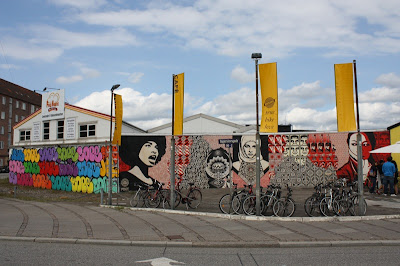