- August 06, 2011
There has been a lot of talk about graffiti in the media lately. Stories about a Banksy piece getting buffed, to write ups on the legendary TAKI 183. According to New York Times latest reports coast to coast have been about a noticeable surge in the amount of graffiti covering city scapes. From major cities in CA to NY, & even in smaller rural areas in NM, AL, & SC, one thing is clear aerosol artists are getting up.
My favorite know-it-all & I conversed on the possible causes of this up rise. I thought it may be associated with the economy. Mr. Know-It-All, & I do say that in the most loving way possible, told me in a way it did. In our country today states just don’t have enough funding to send the buff squad out every week to cover it. He stated that the up rise also has to do with the fascination of hip hop in pop culture today. 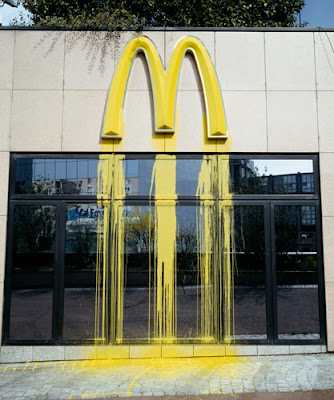 After reading further on the subject the Associated Press had come to the same conclusions. “The upsurge comes as cities like Los Angeles, struggling with budget cuts, have trimmed graffiti fighting programs; the $7.1 million budget for graffiti eradication last year was cut 6.5 percent in the budget that took effect July 1. But cities like Santa Monica have not cut back, and have still had an upsurge, suggesting other factors are at play.” City officials were also throwing around the glamorization & glorification of street art in museums exhibits, tattoos, or television advertisements, has a part in the rise. 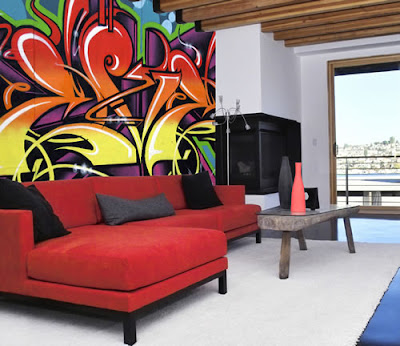 I am an aerosol artists & enthusiast, so all I have to say is STAY UP & STAY FLY!
For excellent reference articles read THIS & THIS. :)
ARTistic Genius Brain Candy Graffiti Inspiration News PHotos Street Art UnderGround Hip Hop