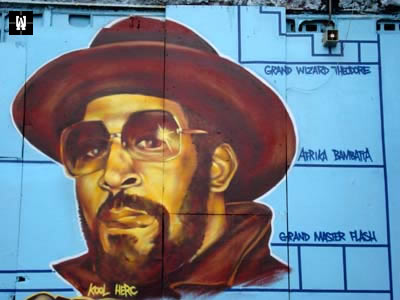 Clive Campbell aka DJ KOOL HERC was a Kingston, Jamaica born DJ. In Jamaica he was familiar with dancehalls, these were neighborhood parties where sound systems banged & DJs would toast. In 1967 when Herc moved to the Bronx, it was a filled with violent street gangs due to the lawlessness in the city. By 1973 he started attending Alfred E. Smith Career & Technical Education High School & started running with the graffiti Ex-vandals. Around this time Herc and his sister Cindy decided to start throwing back-to-school parties in their building, 1520 Sedgwick Avenue. 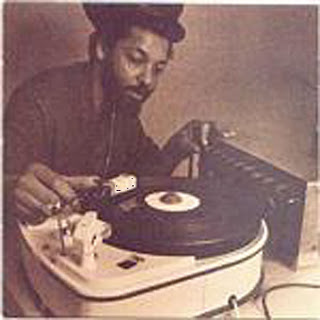 He is recognized as the creator of hip hop music, in The Bronx, New York City, this is where the blue print for future generations was born. During these parties Kool Herc noticed the dance floor occupants, which he called “break boys” or “break girls” were most inspired to dance at the “break” of the record. He used 2 of the same records, switching back & forth to prolong the break aka the “five-minute loop fury”. He is also considered the originator of several slang terms he would say on the mic while DJing. Such as “Rock on my MELLOW” “This is the joint!” “To the beat y’all” and “You don’t stop”. With all his contributions to hip hop he is considered a “founding father of hip hop”. 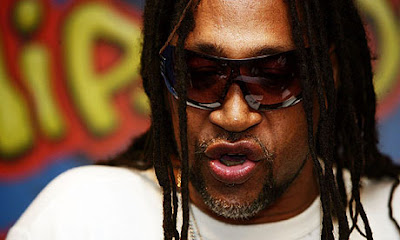 Many think of DJ KOOL HERC as a hero or role model, including big names like Grandmaster Flash & Afrika Bambaataa. By 1980 Herc’s “star had faded”. There were many theories as to why Herc quit the scene. He attributes his retreat to 2 incidents. Once @ the Executive Playhouse, he was trying to intervene to stop a fight, but he ended up getting stabbed. The 2nd reason was the burning of buildings where he used to play. Today DJ Kool Herc, the man, the folk hero is gravely ill. Due to lack of health insurance, he is struggling to pay his healthcare bills. If you can help in anyway please donate to his WEBSITE. You will be able to find out more about his condition & contribute to the goal of a healthy life for this hip hop legend.
Brain Candy Ear Hustlers and Music Makers Electro Funk History Inspiration PHotos That DJ SAVED My Life Throwback Classics UnderGround Hip Hop