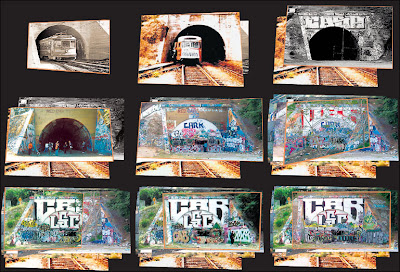 The Belmont Tunnel aka Toluca Substation and yard is located @ 1304 West 2nd Street, Los Angeles, CA. To graffiti heads all over the greater Los Angeles area the tunnel is a classic landmark, & is also recognized by writers all over the world. 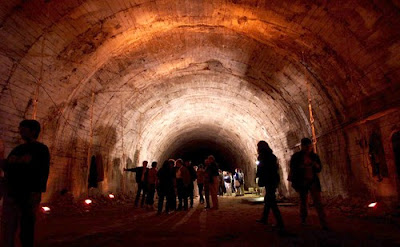 The Belmont Tunnel actually has a deeper history than what most hip hop heads know. It was created in the 1924 due to the traffic that congested the streets of downtown. The California Railroad Commission paid Pacific Electric $1.25 million to construct a subway system that would bypass downtown all together. By December 1, 1925 the Belmont Tunnel was open to the public. The tunnel was a successful operation through the 1920s & 30s. 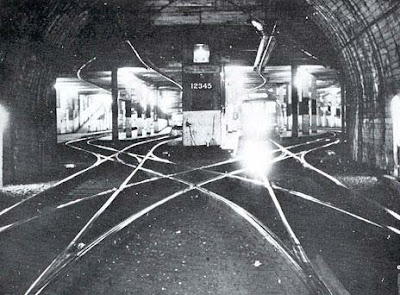 By 1955 the construction of a widespread freeway system throughout southern California forced the Toluca Substation to close. {The tracks were removed & the site was abandoned. The only physical alteration to the site came about in 1967, when a portion of the tunnel between Flower and Figueroa Streets in downtown was filled in to accommodate the foundation of the Bonaventure Hotel.} 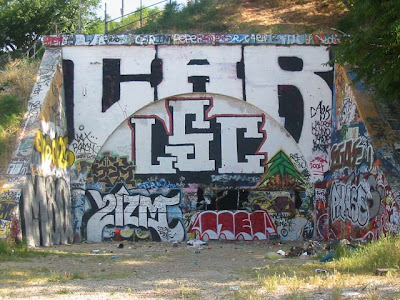 Over the next 35 years the tunnel was nearly forgotten by city officials. However it attracted graffiti writers & bums. It even served as grounds for several raves in the 90s. 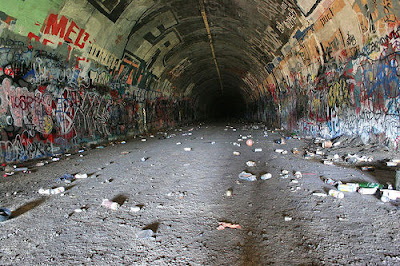 {In 2002, West Los Angeles-based Meta Housing Corporation purchased the property and announced plans to construct a 276-unit apartment complex on the former Toluca yard. Belmont Station Apartments was completed in late 2008. The entrance to the tunnel has been sealed and painted with a mural of a Red Car, which glows in the dark, by artist Tait Roelofs.[3] The substation remains next to the tunnel entrance at the back of the property, behind the new construction, and has been cleaned of the graffiti which adorned it for many decades.} WIKIPEDIA 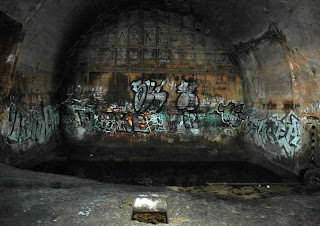