In the 1970s The Sex Pistols rented a house on Denamrk St aka “Tin Pan Alley” in London, where they marked their territory in graffiti. According to archeologists these “pieces of art” are as important as prehistoric cave drawings. Dr. Schofield from the Department of Archeology @ the University of York is in favor of preservering these pieces despite the offensive nature of the art.  They {may be of greater significance than the discovery of early Beatles recordings an d is "a direct and powerful representation of a radical and dramatic movement of rebellion." } TELEGRAPH.COM 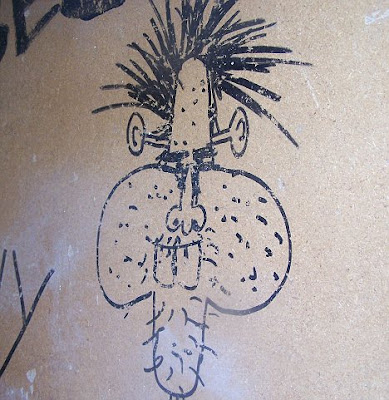 Most of the graffiti cartoons were done by Johnny Rotten illustrating himself, other members of the band, & their manager. Currently researchers are debating over property & whether it should be considered a heritage site with a blue plaque to show its historical importance.