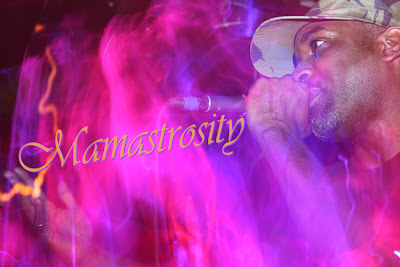 I have seen Aceyalone more times than I can count. Ace ONE never fails to prove why he is considered a microphone master of his time. Whether he is on a solo mission, plus Dj, or rockin’ it on stage with a multi piece band, he is one of my all time favorite emcees. Eddie Hayes aka Aceyalone is a founding member of the Freestyle Fellowship, and co-founder of Project Blowed. He is also part of the A-Team with Abstract Rude, and Haiku D’etat with Ab Rude and Mikah 9, who is also a member of Freestyle Fellowship. If you have ever been to a B-boy/B-girl battle in the mid 90s and forward, “Hot Potato” was played and is still played at battles its such a classic joint. Aceyalone always delivers with his jazz scatology, and free flow mash of many styles, he is a true POET. Since the 80′s he has been a purist with his mic check, getting open @ the Good Life Cafe in Leimert Park alongside the likes of Mikah 9, T. Spoon, and Volume 10. The Goodlife is now known as Project Blowed. You must own the 1991 indie classic “To Whom It May Concern” and “All Balls Don’t Bounce”, also check out “Moonlit Skies” with Goapelle for a smoother jazzy tip on things, or pick up his doo-wop and ‘60s-pop-inspired LP, Aceyalone & the Lonely Ones. No matter what style this lyricist is on he never fails to rock! These are some of my photos from one of the Acey’s shows @ The Blunt Club (Red Owl); Tempe, Az. 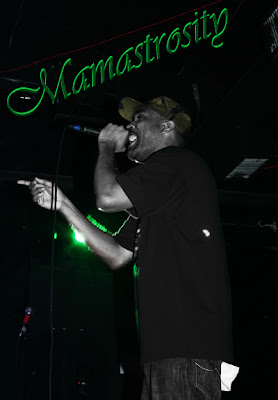 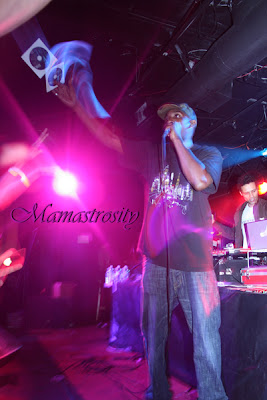 "If it wasn't for a mic check I wouldn't have a check at all.." Aceyalone, Mic Check 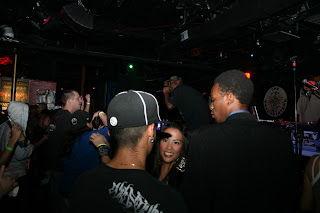 If you ever have the opportunity to see ACE ONE live you must go watch this master of the mic get DOWN!