- February 06, 2012
I am absolutely enthralled by J.R. Ward’s Best selling series about the “BLACK DAGGER BROTHERHOOD”. I started with Dark Lover, and I could not put it DOWN! It’s such a GOOD READ I read it in ONLY 3 days! I am not the reading type either. 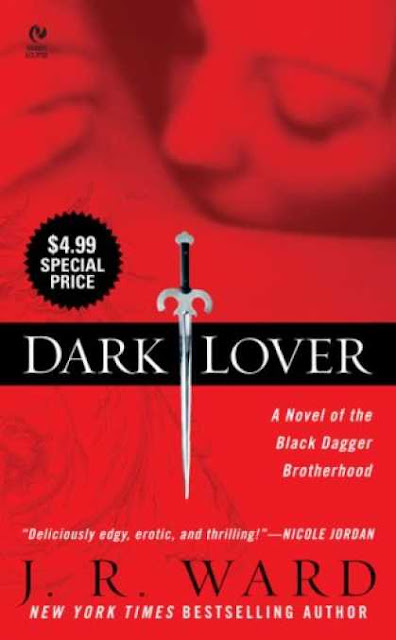 The series is about an elite group of Vampires, the Brotherhood. They protect their race from these creatures called the Lessers. It is a love, hate, life, and death all rolled into one lusty adventure. With its esoteric and mystifying story line, the book captures your attention to the point where you can not look away. The writing is descriptive and eloquent, mixing the language of both the old world and new.
(I have recently been dubbed the QUEEN OF SMUT due to the fact that I am reading thru these books @ an experienced book-worm pace!) LMFAO!!!

“ In the shadows of the night in Caldwell, New York, there’s a deadly turf war going on between vampires and their slayers. There exists a secret band of brothers like no other-six vampire warriors, defenders of their race. Yet none of them relishes killing more than Wrath, the leader of The Black Dagger Brotherhood. The only purebred vampire left on earth, Wrath has a score to settle with the slayers who murdered his parents centuries ago. But, when one of his most trusted fighters is killed-leaving his half-breed daughter unaware of his existence or her fate-Wrath must usher her into the world of the undead-a world of sensuality beyond her wildest dreams.” ~ http://www.jrward.com/