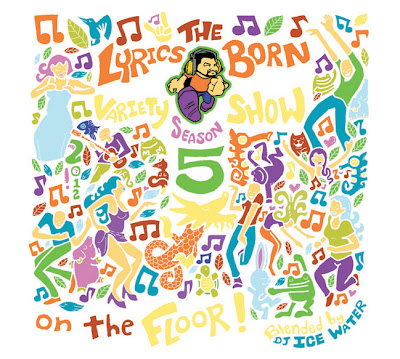 {In 1997, Latyrx’s debut Latyrx (The Album) changed the very idea of what Bay Area underground hip-hop could sound like. Fifteen years later, Lyrics Born is still changing minds and waking up ears as a solo artist, and still working with the other half of the Latyrx duo, Lateef the Truthspeaker, who guests on his new mixtape, Variety Show Season Five.


Set to drop at the end of this month, Season Five is unlike any of Lyrics Born’s previous Variety Show mixes. All of the remixes are two-step and boogie, mixed by DJ Icewater. The Japanese-born, Berkeley-raised rapper revisits songs like “Later That Day,” “As You Were,” “Overnight Encore,” and “The Bay.” Besides his former partner in Latryx, Lyric Born’s guests on the new one include Far East Movement’s Proh, Sam Sparro (their collaboration “Coulda Woulda Shoulda” is mashed up here with Teena Marie’s “Square Biz”), Trackademicks, Francis & the Lights and more. } ACTIVATE

Posted by Mmastrosity at Monday, February 20, 2012