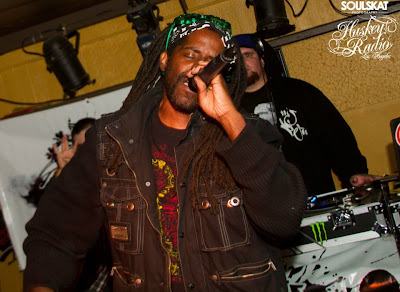 Q. What point in time did hip hop grab hold of you?
A. Birth

Q. How did you get the name Abstract Rude?
A. Da old school way...each name was adorned me like a knight by my crew tribe unique, Abstract circa 90, Rude circa 91.

Q. How would you describe your music to someone who has never heard it before?
A. Hip-Hop Soul - Roots & Rude 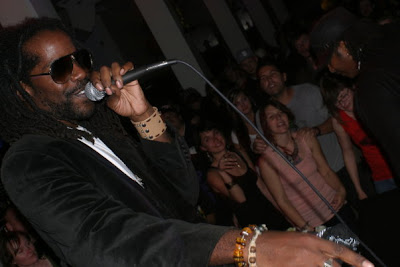 Q. Who produces your beats?
A. Fatjack mainly, but then there's been DJ Slip & now Vitamin D, Kenny Segal, Resin Dogs, Rob The Viking, Daddy Kev, Biz-One among others but those r my main dogs...

Q. What advice do you have for those coming up in the industry?
A. Make good muzik, rally a fan base and either start by attaining street cred (battles, local shows, scenesters) or hop over all that street cred stuff and be a beast at networking and
choosing the right ppl to work with...the great 1s do both.

Q. What is your favorite destination city to perform in?
A. LA & NYC are still the top cities to play & really smash in but the most appreciative ever for me have been London, Ontario, Helsinki, & Finland.

Q. What is the wildest thing you have seen on tour?
A. Crazy 8 car pile ups rt in front of us on fwy where we hopped out and helped motorists flee from their cars it was intense... Awful Truth Tour 2010 w/Magnum KI

Q. How do you feel about music pirates?
A. Rrrrrgh! Matey!

Q. If you could work with anyone dead or alive who would it be?
A. WOW dead or alive? Hmmm Stevie on the hook & piano, Jimi on guitar, Lauryn Hill, India Arie & Erykah as my singers, Sheila E on drums, Bootsey on bass, bridge feature by Bob... I got the rest haha

Q. What would your super group of musical geniuses be called?
A. Blak2the F-U-T-U-R-E with future spelled out that's the group. 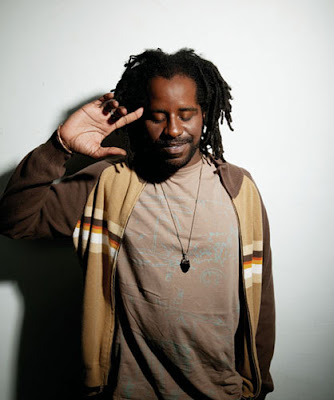 Q. As an artist can you name a few artists you admire? It can be any medium, paint, dance, music,
ect.
A. Mear One, Savion Glover, Cee-lo Green

Q. What is something most people don’t know about you?
A. Most ppl don't know most things about me... I'm kinda private tight knit circle... I love cats lol

Big up to OG Abstract Rude for chopping it up! Don't forget to check out his new site http://www.abstractrude.com/.