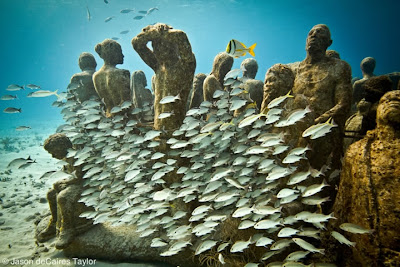 {In 2006, Taylor founded and created the world's first underwater sculpture park. Situated off the coast of Grenada in the West Indies it is now listed as one of the Top 25 Wonders of the World by National Geographic. His latest creation is MUSA (Museo Subaquatico de Arte), a monumental museum with a collection of over 450 public sculptural works, submerged off the coast of Cancun, Mexico; described by Forbes as one of the world's most unique travel destinations. Both these ambitious, permanent public works have a practical, functional aspect, facilitating positive interactions between people and fragile underwater habitats while at the same relieving pressure on natural resources.} 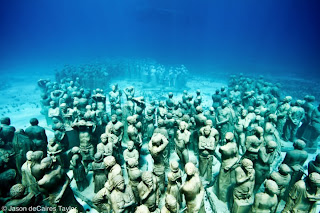 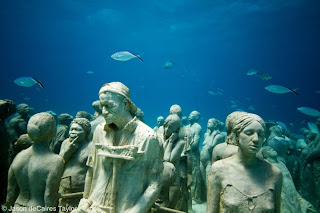 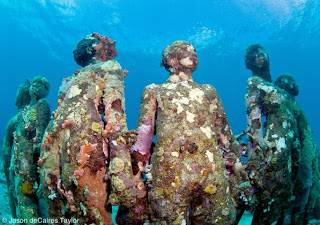 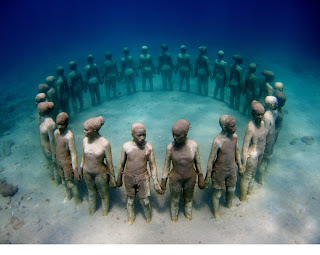 {Taylor's art is like no other, a paradox of creation, constructed to be assimilated by the ocean and transformed from inert objects into living breathing coral reefs, portraying human intervention as both positive and life-encouraging. Numerous publications and documentaries have featured his extraordinary work, including the BBC, CNN, USA Today, the Guardian, Vogue, New Scientist and the Discovery Channel, yet nothing can quite do justice to the ephemeral nature of his art; for each actual visit to his sites is both unique and subject to the dynamic, fluctuating environment of the ocean.} UNDERWATERSCULPTURE.COM 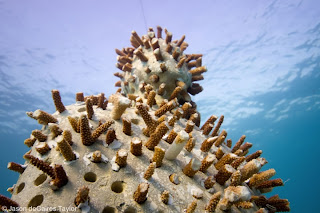 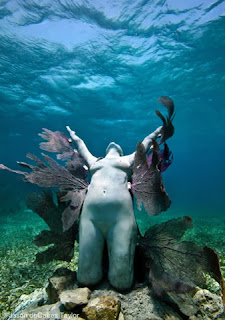 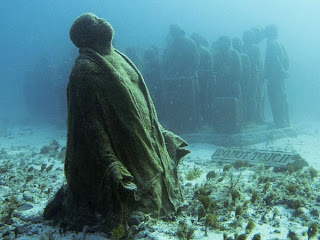 I am definitely going to make it to CANCUN to check out this amazing museum!
>_<
xxxMAMASxxx
ARTistic Genius CANCUN CORAL JAMES TAYLOR MUSEUM SEALIFE UNDERWATER SCULPTURE