Look familiar? Nick Stern a London-born photographer made a photo series re-enacting Banksy’s most iconic stencil works. I love them!

{Stern is a big fan of Banksy’s. “I particularly like the social comment in his work,” he communicated in an email. Still, “You are not Banksy” was never meant to be an actual photo project. He’d originally thought of it more as a creative exercise, a way to test some new photo strobe lights. The first image he photographed was the flower thrower, his favorite Banksy graffiti. “I got such a good response from people that I decided to expand the shoot,” he wrote.} For more info check out this ARTICLE. 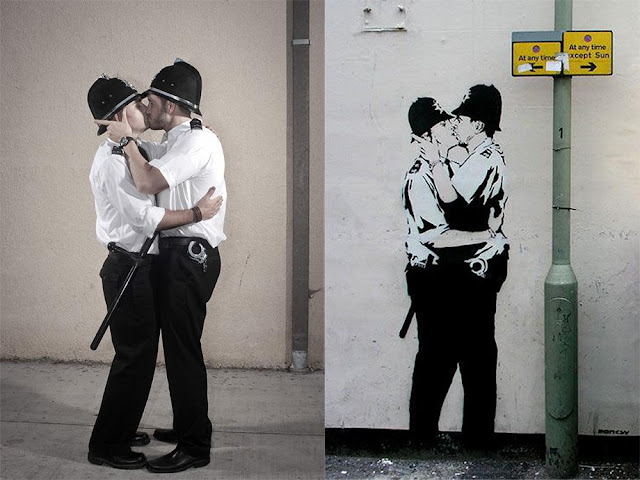 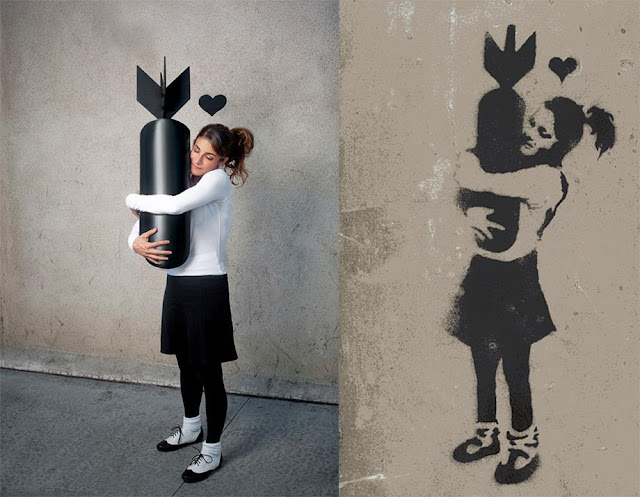 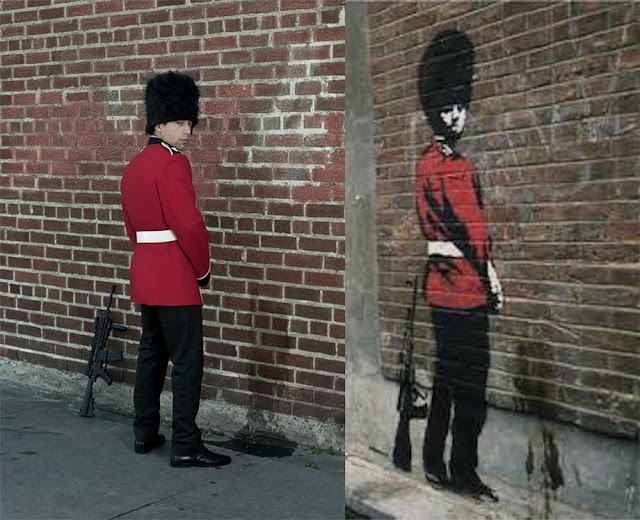