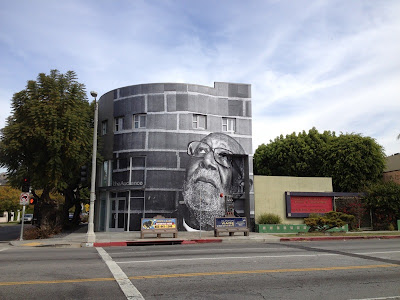 {French street artist JR visited Los Angeles and left some beautifully decorated buildings behind. Like this one on Beverly Blvd. 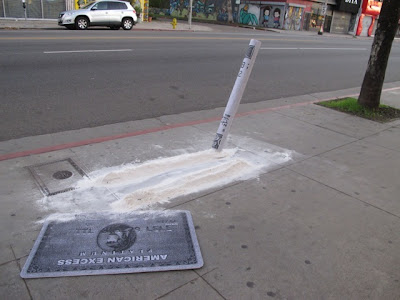 Plastic Jesus strikes again with a piece that surfaced on Melrose during the Holiday shopping season. It is appropriately entitled American Excess. (This is my favorite, so innovative.) 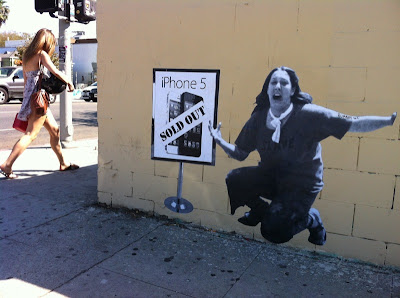 Often times, street art will play the role of jester in society, like this piece from street artist Bumboy WC, which utilizes imagery from the Kent State Riots to capture the mayhem surrounding the iPhone 5 being sold out. 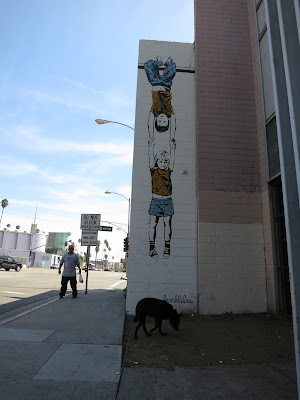 It has been said that being a street artist is like a kid playing on the streets. This giant mural from Bumblebee captures the spirit of kids playing. 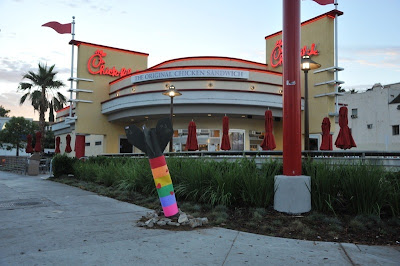 Chik-fil-a became a target for progressive activists this year after their so-called family values were revealed to be less about the family and more about supporting anti-gay causes. Subsequently, 2012 saw multiple pieces of street art aimed at the fast food giant for its perceived bigotry. One of the best pieces landed right here in West Hollywood, and the local Chik-fil-a got 'Gay Bombed' with a 3d rocket installation by the street artist Plastic Jesus. 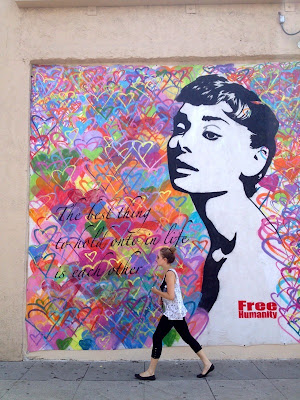 Free Humanity paints a whole lotta love into this mural on Sunset entitled 'The Best Thing to Hold Onto in Life is Each Other.' 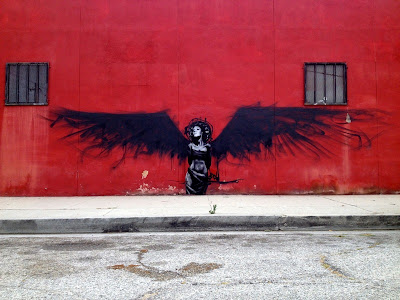 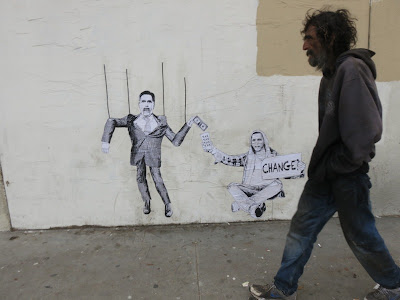 There was lot of political street art in 2012, like this piece based on the Presidential Election from Bumboy WC.}

All information obtained from this ARTICLE. Check it out to see more of the best eye candy in LA of 2012.
BEST OF THE BEST California EYE CANDY GET UP STAY UP Graffiti JR LOS ANGELES murals Street Art UnderGround Hip Hop