- February 02, 2013
If you already bought your Coachella tickets LUCKY YOU! As of recently Coachella is officially SOLD OUT for the 2013 festival. 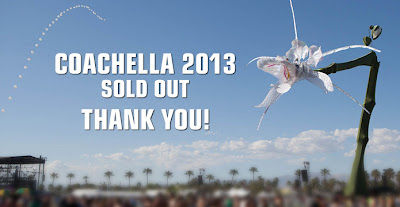