Keith Haring: In His Own Words

- March 31, 2013
“…My father made cartoons. Since I was little, I had been doing cartoons, creating characters and stories. In my mind, though, there was a separation between cartooning and being an ‘artist’…” “I’d been convinced to go [to art school] by my parents and guidance counselor. They said that if I was going to seriously pursue being an artist, I should have some commercial-art background. I went to a commercial-art school, where I quickly realized that I didn’t want to be an illustrator or a graphic designer. The people I met who were doing it seemed really unhappy; they said that they were only doing it for a job while they did their own art on the side, but in reality that was never the case–their own art was lost. I quit the school.” 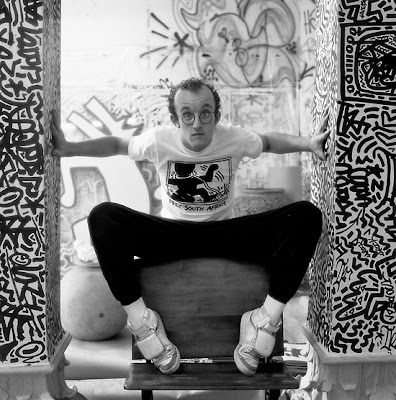 “…When someone canceled an exhibition [at the Pittsburgh Arts and Crafts Center] and they had an empty space, the director offered me an exhibit in one of the galleries. For Pittsburgh, this was a big thing, especially for me, being nineteen and showing in the best place I could show in Pittsburgh besides the museum. From that time, I knew I wasn’t going to be satisfied with Pittsburgh anymore or the life I was living there. I had started sleeping with men…I decided to make a major break. New York was the only place to go…” 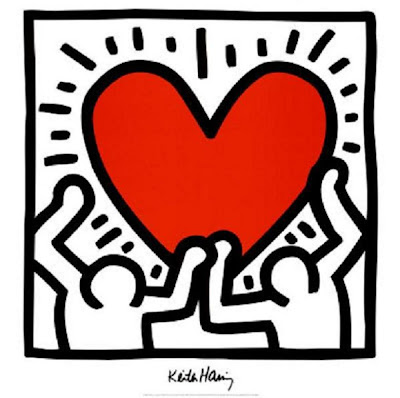 “I wanted to sell my paintings because it would enable me to quit my job, whether as a cook or delivering house plants or whatever else I was doing–and paint full time. But I had to have a gallery just to give me distance.” 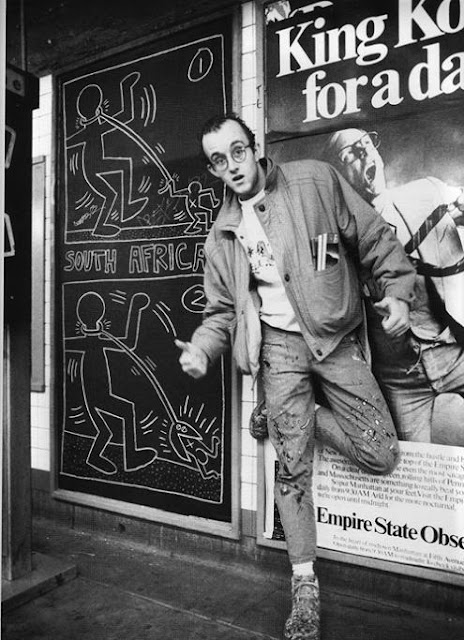 {Since his death, Haring has been the subject of several international retrospectives. The work of Keith Haring can be seen today in the exhibitions and collections of major museums around the world.} http://www.haring.com/
1980s art ARTIST Graffiti keith haring KNOW YOUR HISTORY MODERN ART NYC old school Street Art