- June 05, 2013
Spotted this sick a$$ piece when I was visitng San Francisco. Chor Boogie killin' shit! If you want t see it for yourself it's in one of the many graffiti stained alleys in the Mission District. This was near Mision & 18th St.

{As an artist of modern times, understanding himself and the world through color, defining the meaning of originality Chor Boogie is one of many masters that leads this pioneering craft of spray paint in its diverse art form. 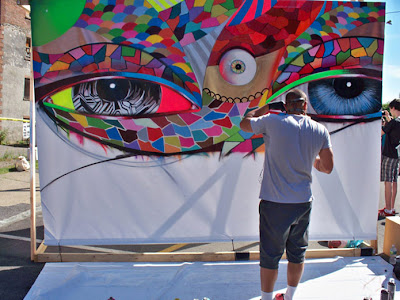 Chor Boogie, born Jason Hailey in 1979, was raised in Oceanside California a small city by the sea with in San Diego county. He was handed a paint brush at the mere age of five from his kindergarten grade school teacher, started painting and fell in love with the creative process immediately, telling his teacher "When I grow up I am going to be an artist." Thus overtime Chor Boogie was exposed to the spray paint medium along with many other trials and tribulations that changed his life and formed this learning lesson we live in. 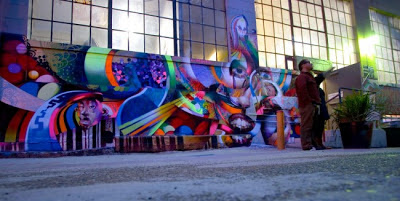 As a self made artist his drive and his passion fueled his study from renaissance artists such as Michelangelo, Da Vinci, and Rembrandt to more modern artists like Klimt, Van Gogh, Dali, combining a street culture of modern day spray paint "mentors" such as Phase2 and Vulcan, and in turn helped guide his lifestyle into a life it self.} http://www.chorboogie.com/