- June 18, 2013
While adventuring in the dope a$$ city of San Francisco, I stumbled onto Haight & Ashbury. It was obvious we needed to stop and explore. 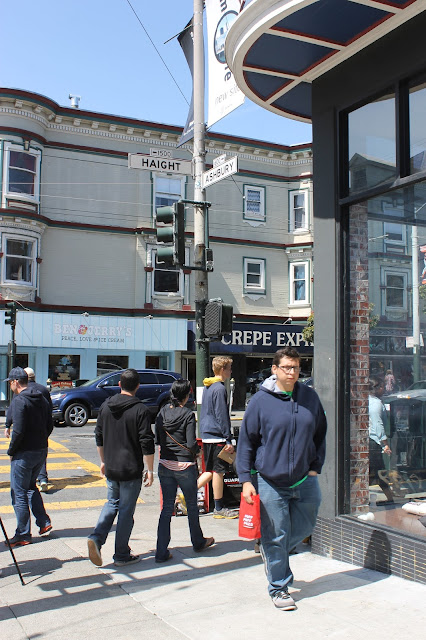 {The Haight-Ashbury district is noted for its role as a center of the 1960s hippie movement. The earlierbohemians of the beat movement had congregated around San Francisco's North Beach neighborhood from the late 1950s. Many who could not find accommodation there turned to the quaint, relatively cheap and underpopulated Haight-Ashbury. The Summer of Love (1967), the 1960s era as a whole, and much of modern American counterculture have been synonymous with San Francisco and the Haight-Ashbury neighborhood ever since.} http://en.wikipedia.org/wiki/Haight-Ashbury 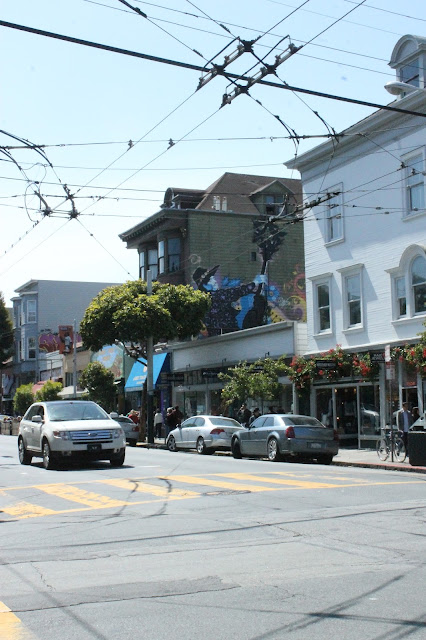 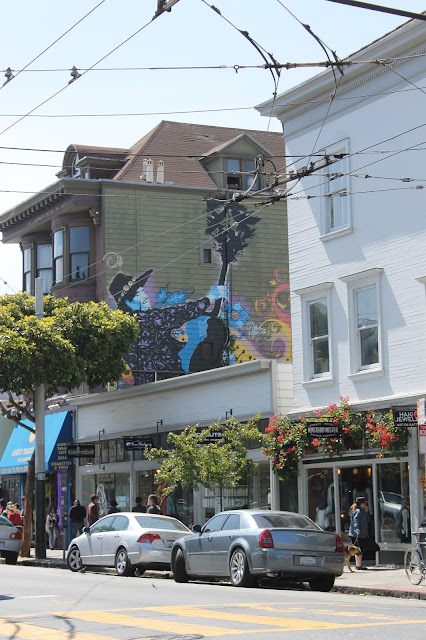 {If there's any area of San Francisco that evokes images of the long-gone '60s hippie culture, the Haight is it. Fragments of that flower-power, incense-burning, acid-dropping, tie-dye-wearing, peace-and-love-vibing era can be purchased at smoke shops and Eastern-influenced outlets bearing names like Dreams of Kathmandu and The Love of Ganesha. But save for a few hippie relics, the Haight today is a whole new scene. Exclusive boutiques, high-end vintage-clothing shops, second-hand stores, Internet cafés and hip restaurants have all settled in, making the Haight one of San Francisco's commercial centers. 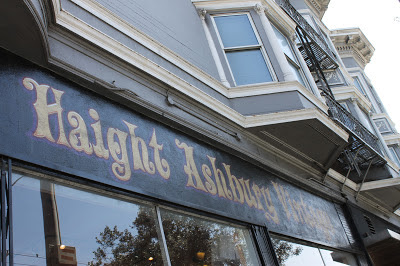 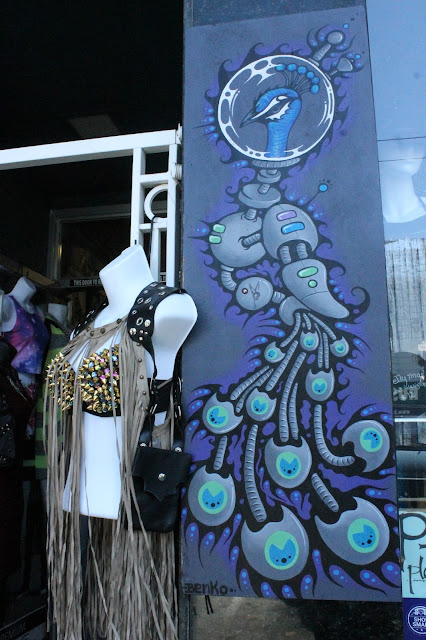 Neo-punks, club kids, fashionites, tourists and neighborhood folks are equally at home here, whether they have come to get a new piercing, grab a burrito, find the latest drum 'n' bass 12-inch or just people-watch from a café. But there are two distinctly different areas of the Haight: The Upper Haight, which stretches from Stanyan to Masonic, is the more moneyed shopping zone, though it deteriorates a bit where it stretches toward Golden Gate Park. Meanwhile, the Lower Haight, roughly Divisidero to Webster, is a more diverse neighborhood with a grittier feel. While it has been an alternate nightlife hub for years, the Lower Haight has become a main draw among DJs and ravers with the proliferation of dance-music record shops and clubs.} http://www.sfgate.com/neighborhoods/sf/haight/ 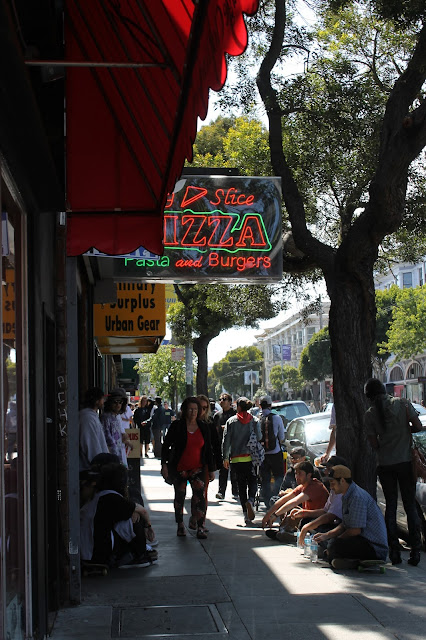 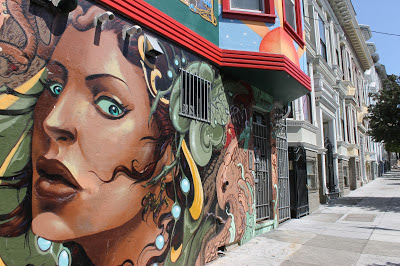 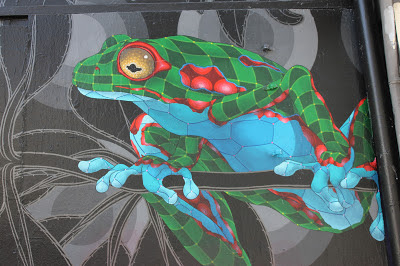 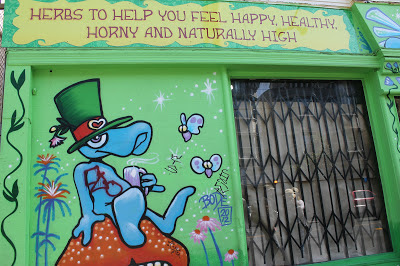 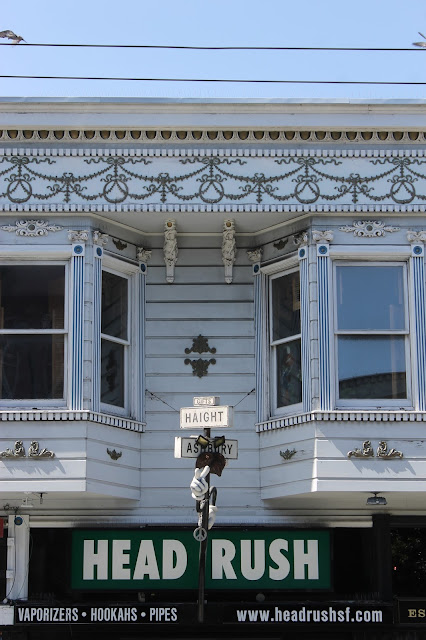 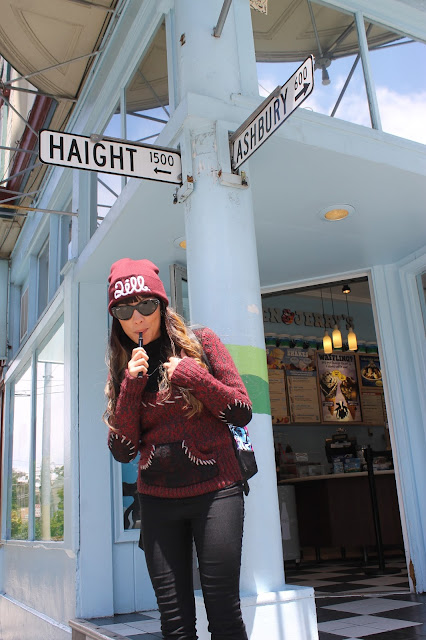 Deep And Slow spotted off Haight & Ashbury! All city maign. 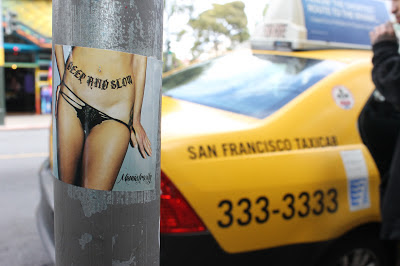