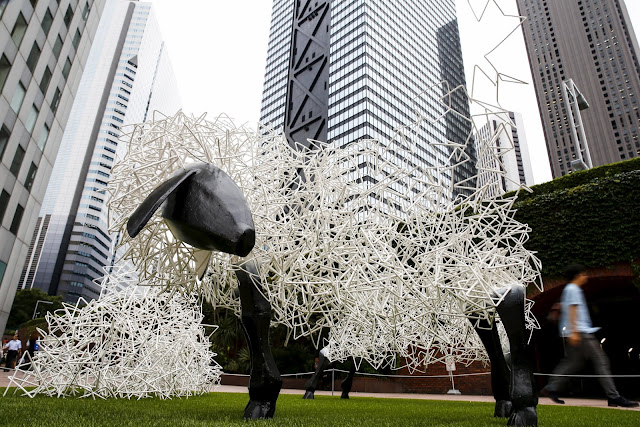 {Tomohiro Inaba is a young artist who finished his graduate studies in 2010. 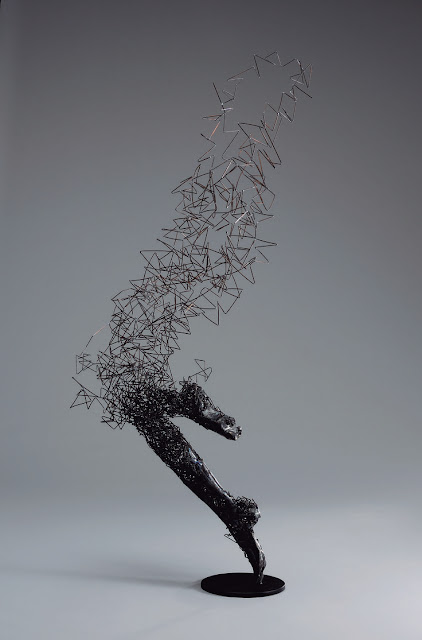 He is attracted to iron as a material among other reasons because it begins to rust and decay upon contact with air, practically the moment it is created. For some his two-dimensional work he has used heat-sensitive paper, a likewise ephemeral material. 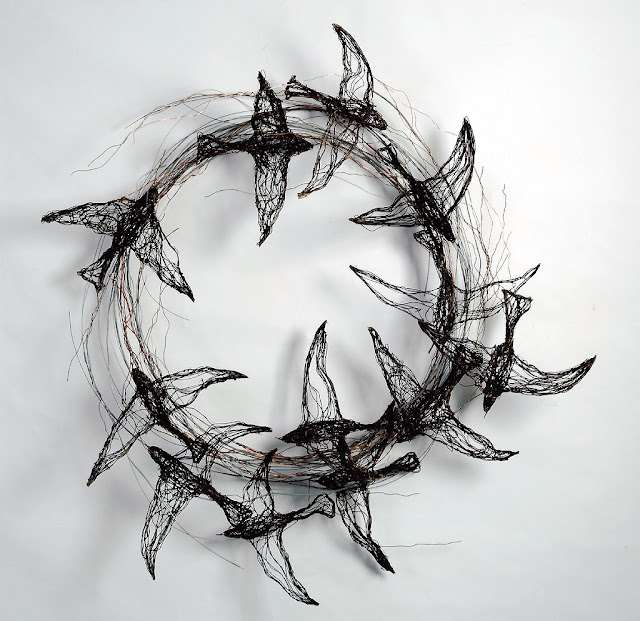 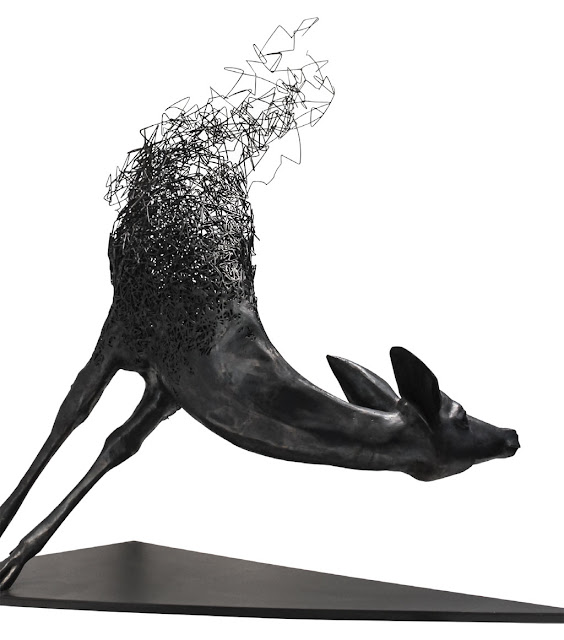 Though made from solid iron wire, many of his sculptures appear freely woven. Their foundation is an anatomically correct solid form but it shoots off in incredibly complex tangles of steel wire that manifest themselves like violent pencil scribbles.} ARTISTADAY.COM
art ART & EYECANDY ARTISTADAY ARTistic Genius IRON SCULPTURE SCULPTURE Tomohiro Inaba