GET UP STAY UP: ROA

{At a very young age Roa remembers wanting to be an archaeologist or something adventurous and collecting little skulls from birds and rodents to draw at home. He grew up in the eighties and naturally was inspired by the American life; music, skating and so forth. The love for music, more in particular hip-hop, quickly joined his curiosity in graffiti. Like most muralists, he began by spraying throw-ups under bridges and walls. During his early years, Roa expressed an active, eclectic mix of styles. At the time, there was not prevailing movement in Belgium. As time went on, the scene’s evolution further evolved as foreign visitors left behind an assorted collection of talents and skills. Slowly but sure Roa became addicted to the nature of urban art.} READ MORE HERE 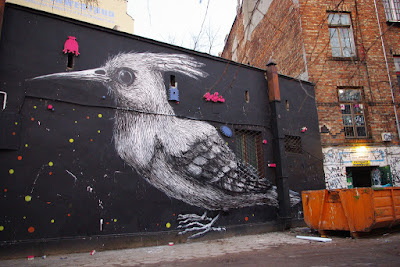 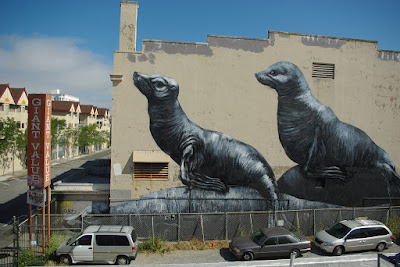 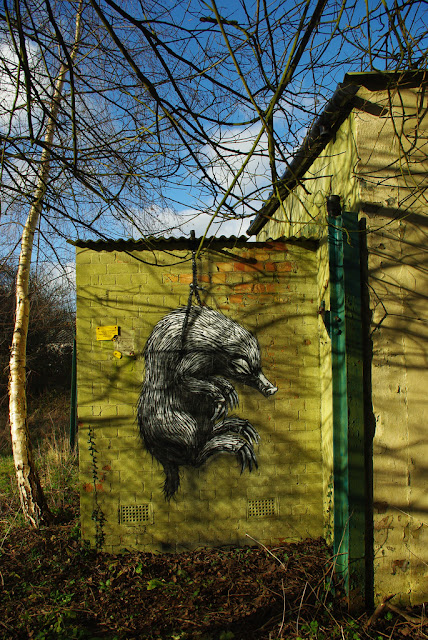 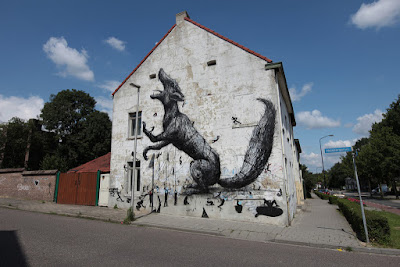 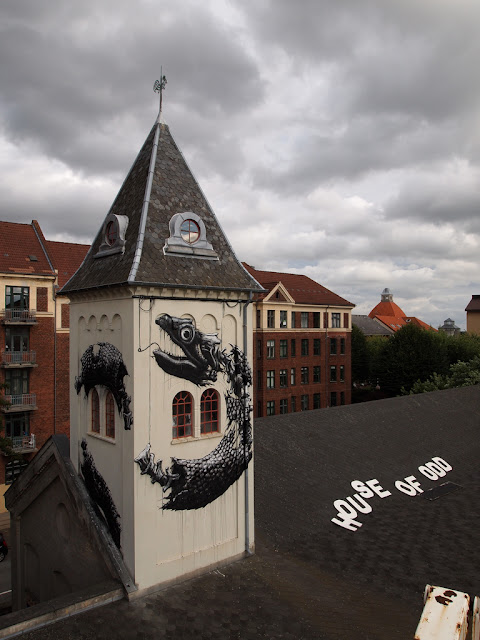 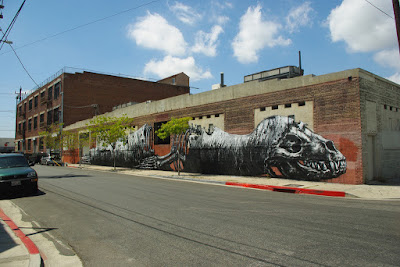 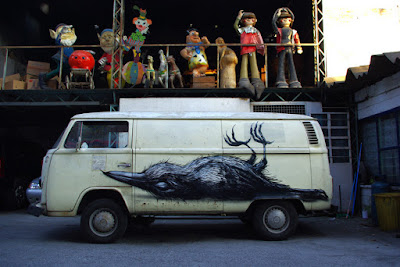 PHOTO COURTESY OF http://oddstuffmagazine.com
Posted by Mmastrosity at Sunday, August 14, 2016