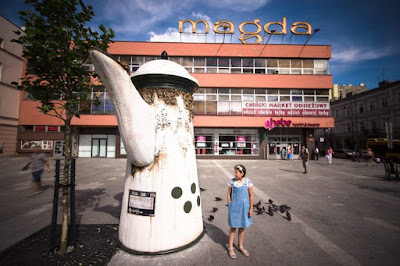 {Polish artist LUMP just unveiled six public art installations in Lodz, Poland which are based on advertising columns along Piotrkowska Street the longest street in Europe. The columns were transformed into giant, symbolical items – icons related to Polish People’s Republic (1952-1989). 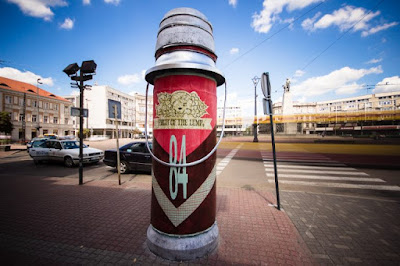 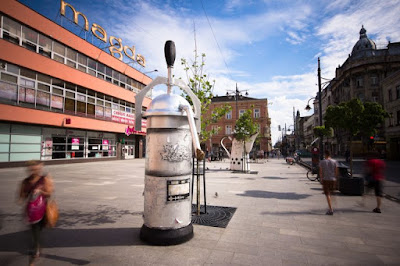