- September 29, 2016
{Uproar on the streets of Liverpool as yet another Banksy original has been removed from the city’s streets
Banksy’s Love Plane had become something of a masterpiece in Liverpool’s Rumford Place. That is, until it was cut out from its original site and replaced with a plaque re-directing disappointed admirers to a website explaining the mysterious disappearance. 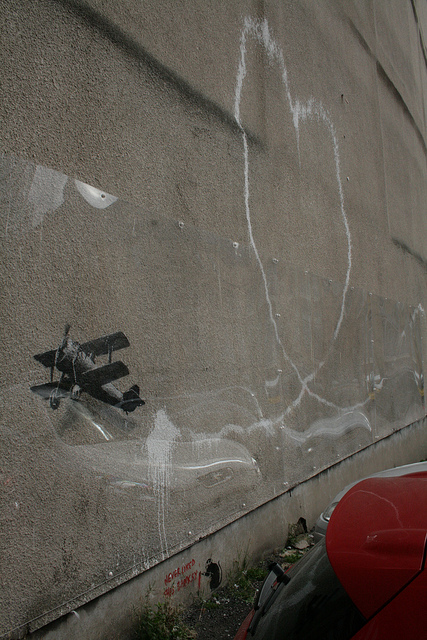 The artwork will be returned to Liverpool looking better than ever to hang alongside other Banksy pieces at the Gallery at Berry House Baltic Triangle, due to launch in Liverpool shortly.

Courtesy of North Point Global Group, this will be the first ever street art museum anywhere in the world and will showcase to the public an extensive collection of original Banksy artworks painted as part of Liverpool’s Biennial art programme. With so many Banksy artworks disappearing from public view this will ensure your city preserves its street art heritage and showcases future talent.} http://mancunion.com/2016/09/27/called-street-art-reason/
ART & EYECANDY ARTistic Genius banksy BERRY HOUSE BALTIC TRIANGLE GALLERY Graffiti LIVERPOOL MUSEUM News Street Art