HARD ROCK STADIUM GETS A STREET ART MAKE OVER! 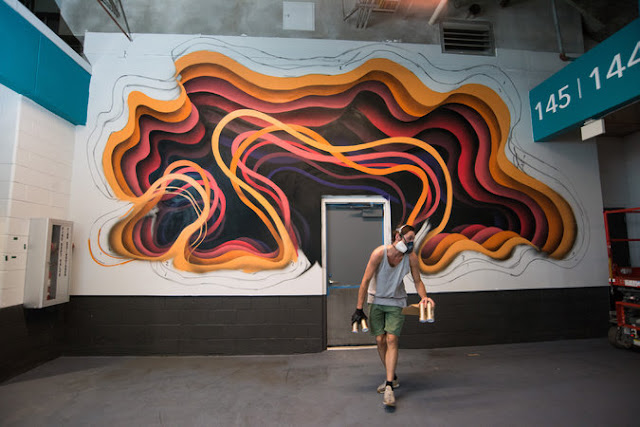 {In recent weeks, nine artists and art groups including Logan Hicks, the Miami-born artist Jen Stark, a Portuguese street artist known as Vhils and the Chilean graffiti artist Dasic Fernández have moved into the stadium to paint works for its walls. The other artists whose work is being unveiled on Sunday include the German street artist known as1010, the twin-brother duo How & Nosm, AVAF, Momo and CRASH, a graffiti artist from New York. 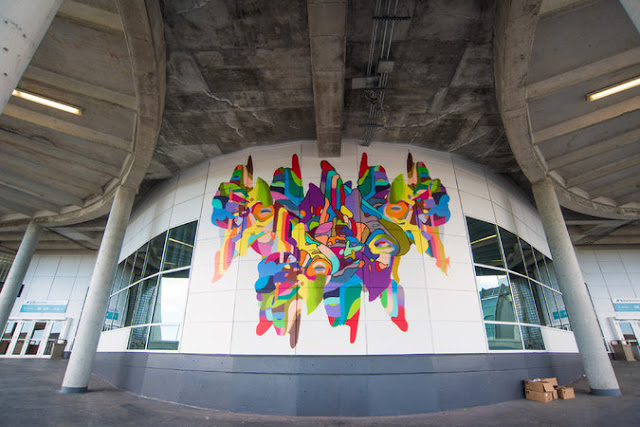 The first three works commissioned for the stadium, by the London Police, POSE and Case, were unveiled last November, though it wasn’t announced until now that they were part of this larger project.

The art is mostly abstract, bright and colorful, though some works include nods to football. Five more artists will complete pieces in the stadium in October and November. By December, about 30,000 square feet of stadium walls will be covered. By comparison, it will have 22,400 square feet of video screens.

The idea for the installation was born of conversations between Jessica Goldman Srebnick, the chief executive of the property development firm Goldman Properties; the artist Peter Tunney; and Dolphins management.}-NY TIMES 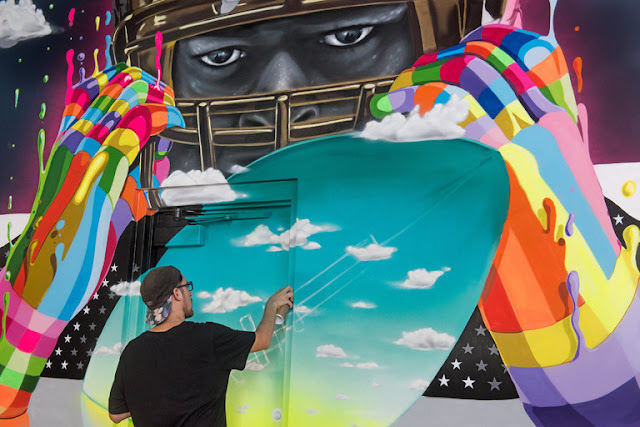