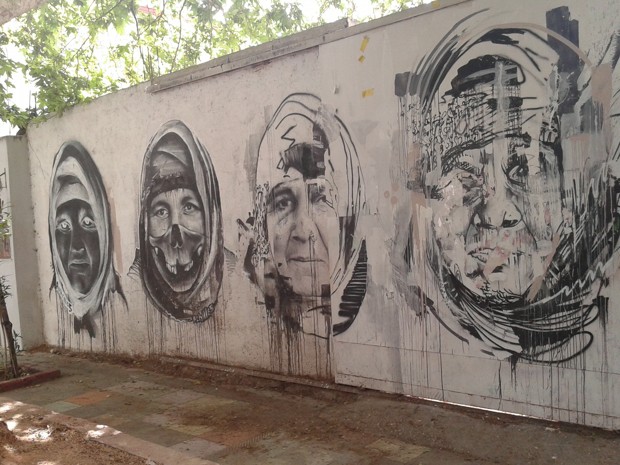 {In the 1990s, a wave of elaborate public street art—an extension of graffiti that’s often more figurative than (and sometimes in tension with) its progenitor—spread throughout Athens. Today, with much of its surfaces coated in images that often comment on the country’s economic crisis, Athens has been hailed as a “mecca” for street art in Europe.

With such a long and storied history, it’s perhaps no surprise that a group has taken it upon itself to preserve the city’s street art. Four years ago, art and conservation students at the Technological Educational Institute of Athens founded st.a.co.—short for Street Art Conservators—to maintain some of their city’s works of public art. The students had been documenting street art for a class, and were so taken with some of the examples that they decided to help protect them from the elements (and other graffiti artists).

The team consists of 17 people, most of whom now have day jobs but still donate hours or even days to the cause. St.a.co. members Calliope Oreianou and Eleftheria Mavromati note that the group usually works in central Athens. With the space filled with ancient sites and structures, the group stressed toVice’s Creators Project that they “do not encourage and do not curate illegal street art”—that is, any work found on archaeological or otherwise culturally important surfaces.} http://www.citylab.com
Posted by Mmastrosity at Wednesday, October 12, 2016