MAC DRE: LEGEND OF THE BAY 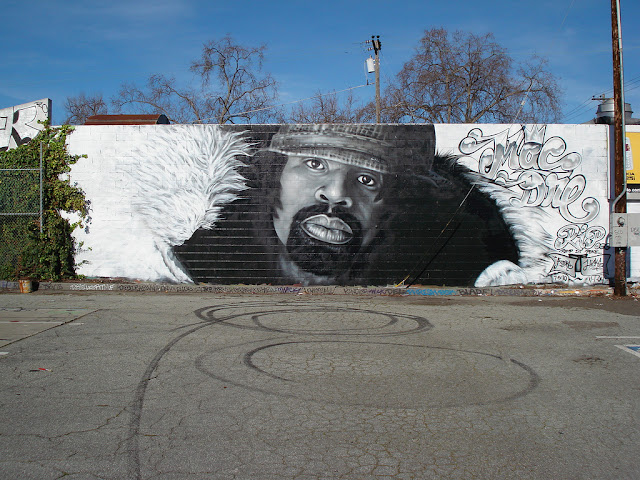 {It’s been 12 years since Mac Dre’s untimely passing, but the Oakland-born rapper and producer — famous for coining the phrase “feeling myself” and introducing the world to the thizzle dance — is still very much a legend in the Bay Area. Over burbling electronic instrumentals filled with blips and heavy bass, Dre rapped lucid, earnest, and funny tales that inspired a generation of rappers to adopt and master his style, leading to the evolution of hyphy music.

In 2004, Dre was tragically killed in Kansas City after a concert, a murder that is still unsolved to this day. In honor of the hyphy legend who introduced the world to a form of rap that was both playful and hard hitting, director Zachary Butler created the documentary, Mac Dre: Legend of The Bay. The 90-minute film premiered in 2015 at the San Francisco Black Film Festival, and is now available for streaming on iTunes, Google Play, Amazon Instant Video, or on the film’s website.

Created with the help of Mac Dre’s mother, Wanda Salvatto, Butler used old VHS footage of Dre, as well as interviews with Dre’s friends and people he had influenced, including E-40, Wiz Khalifa, Tech N9ne, and Warren, to paint a portrait of the truly unique artist whose influence in music and culture will be felt for years to come. 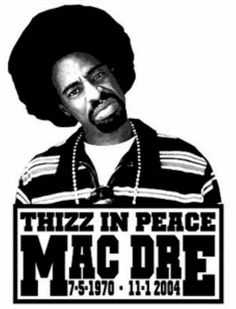 SF Weekly: How did Legend of The Bay come together?
Zachary Butler: Really, things started when Michael Riser, who’s an executive producer, [met] through some people at Thizz Entertainment, Mac Dre’s mother, and they had been kicking around the idea of a Mac Dre doc before. Other people had approached her about it, but she never really felt comfortable. When Mike was talking to her, she said that she had an old VHS home recording of the first performance Mac Dre ever did at the Hogan High School talent show in 1998, and we were like, ‘People need to see that!’ Then, Wanda told us that she had even more old VHS tapes of all sorts of footage of Mac Dre: behind the scene concert footage, them going on vacations, hanging out in hotel rooms, stuff like that. Some of it is out there on Youtube, but most of it had never been seen before. So the process for me was taking that footage, and using it with some talking head interviews with artist who knew him, and other friends and family members, and use those pieces to help tell his story.

SFW: An amazing piece of footage you found is Dre performing for the first time at Hogan High School, where he looks like MC Hammer.
ZB: [Laughs] Yeah, that’s true. People don’t talk about Hammer when they talk about The Bay.

SFW: Do you know when Dre transitioned from the Hammer look to the pimp look?
ZB: He went through phases, kind of like The Beatles had their early years and then their Sgt. Pepper years. The Mac Dre style really starts when he gets out of prison and starts going to raves. He had such credibility from going to prison and not telling on his friends that when he came back and started dressing like that, no one could make fun of him. The respect gave him some leeway to experiment with style and image.

SFW: Why do you think Dre has had such a lasting impact?
ZB: When we did a screening, and there was a Q & A afterward, someone asked this same question. We all just went, “Wow, that’s a good question.” Everybody went around and gave their own ideas about it, then someone in the audience said, “I think what this says is that he had such a personal charisma and magmatism, that everybody who met him has a Mac Dre story. It wasn’t just that he shook their hand, it’s like, ‘He grabbed me and took me on an adventure. He took me to a house party.’ You know?” When he touched someone’s life, you came away with a story, and some people are telling those stories years later. I think it ultimately comes down to who he was as a person. Obviously, his music was so ahead of his time. What he started with Thizz, blending EDM and hip-hop, well, that’s what everything is now, right? Everything is an electronic dance beat with someone rapping over it. He’s got music that when you put it on today, it sounds like it came out today.} http://www.sfweekly.com/music/allshookdown/mac-dres-legacy-lives-new-documentary-film/
DOCUMENTARY DREDIO Ear Hustlers and Music Makers hip hop hyphy LEGEND OF THE BAY MAC DRE MOVIE NIGHT San Francisco THIZZ FACE