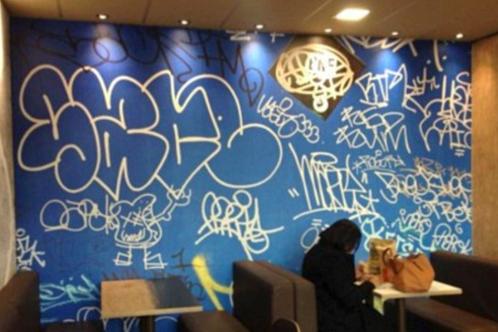 {When McDonald’s Corp. recently introduced a grungy, graffiti-themed décor to restaurants across its European market, the company hailed the new design as “exciting and fresh. 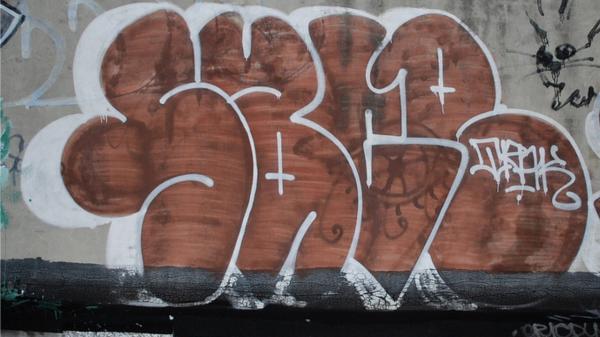 The design scheme, officially titled “Extreme” in McDonald’s brochures, is meant to target youthful consumers by using “graffiti-like visual language on the walls to remind people that McDonald’s is a brand of the streets,” as the company’s former chief brand strategist for Europe explained.

What McDonald’s may not have anticipated is that the street is undergoing its own branding revolution. Artists who view the urban landscape as a giant canvas are no longer outlaws in the dusk, but are increasingly showcased in museums and galleries and pursued by deep-pocketed art buyers. The embrace of graffiti has made artists more possessive of their designs, more sensitive to their reputation and, along with the higher stakes, more inclined to sue.

McDonald’s is the defendant in the latest of a growing handful of graffiti copyright clashes. In one recent case, the plaintiff is the former girlfriend of the late rebel artist Dash Snow. The suit accuses McDonald’s of painting him as a corporate sellout and putting his legacy at risk.

Jade Berreau, the administrator of his estate and mother of his only child, alleges that hundreds of McDonald’s restaurants across the globe are adorned with replica images of “SACE”—the tag, or signature, used by Mr. Snow. He died in 2009 at the age of 27.} READ MORE HERE
GET UP STAY UP Graffiti LAWSUIT MCDONALD'S SACE Street Art WORLD NEWS