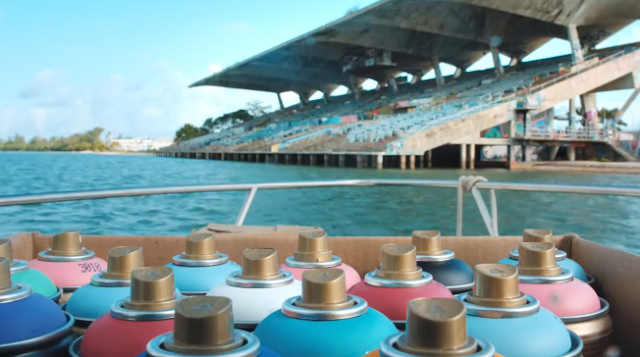 {The Miami Marine Stadium is a landmark on the Biscayne Bay in Southern Florida. During its heyday, it played host to powerboat races, concerts, and various events for over 30 years until Hurricane Andrew damaged it in 1992. It has since been abandoned, with graffiti artists flocking to the stadium to cover its concrete surface with colorful murals and artwork.

After over 20 years, efforts are now being made to restore the stadium. Tomás Regalado, the mayor of Miami, has promised to put as much as $4 million towards the project, while an Indiegogo organized by the National Trust for Historic Preservation, along with Heineken, has already raised over $100,000.} READ MORE HERE