- May 15, 2017
Banksy’s latest mural appeared on Monday as his first comment on the UK’s decision to leave the EU. The Brexit-inspired piece appeared near the port of Dover depicting a man chiselling away at a star on the EU flag. Although, much like Brexit Britain, the mural’s future is uncertain – the owners of the building have said it might be removed and sold. -AP 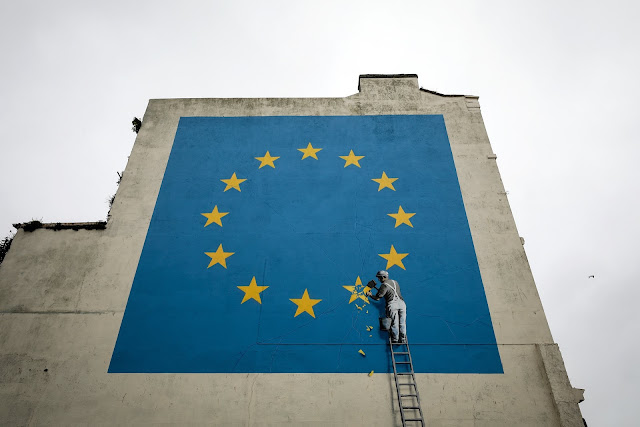