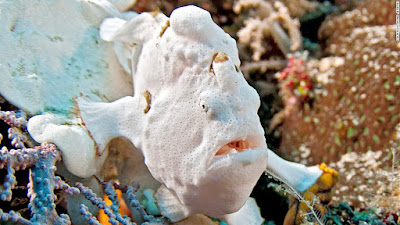 The frogfish's skin resembles those of a frog and its legs (an unusual feature for a fish) looks like what a frog has. Also the way they both squat in other terms stand it looks almost identical. But the biggest reason for the animal's name is because of how both animals hunt. The frogfish belongs to the animal kingdom but to categorize even farther it belongs the vertebrates. 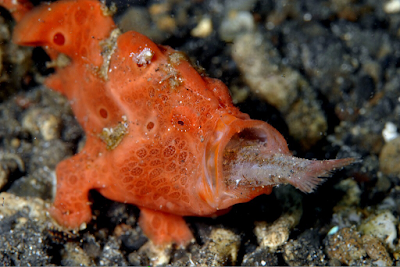 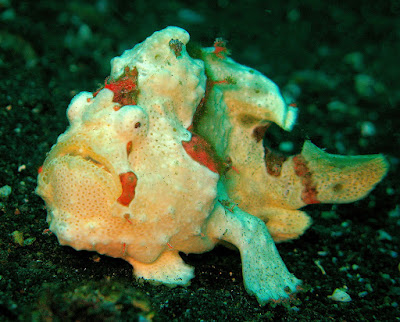 The frogfish is a master of survival. It has is it modified dorsal fin with a lure on top. The lure resembles the food of the frogfish's prey so they prey will come close the frogfish so it can suck it in. The lure is able to fold back between the fins when not in use, so it won't get damaged. This animal has a flexible jawbone. This allows it to open up 12 times it original mouth size. This is good for the frogfish because once the lure lures it close to the frogfish it can open up it's mouth and suck it in. It has is it's amazing camouflage. It's skin will match the surroundings coral colour also it has bumps on it's skin which makes it look exactly like the coral around it. 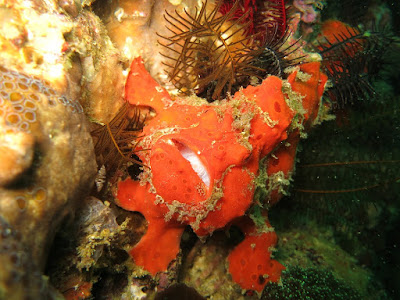